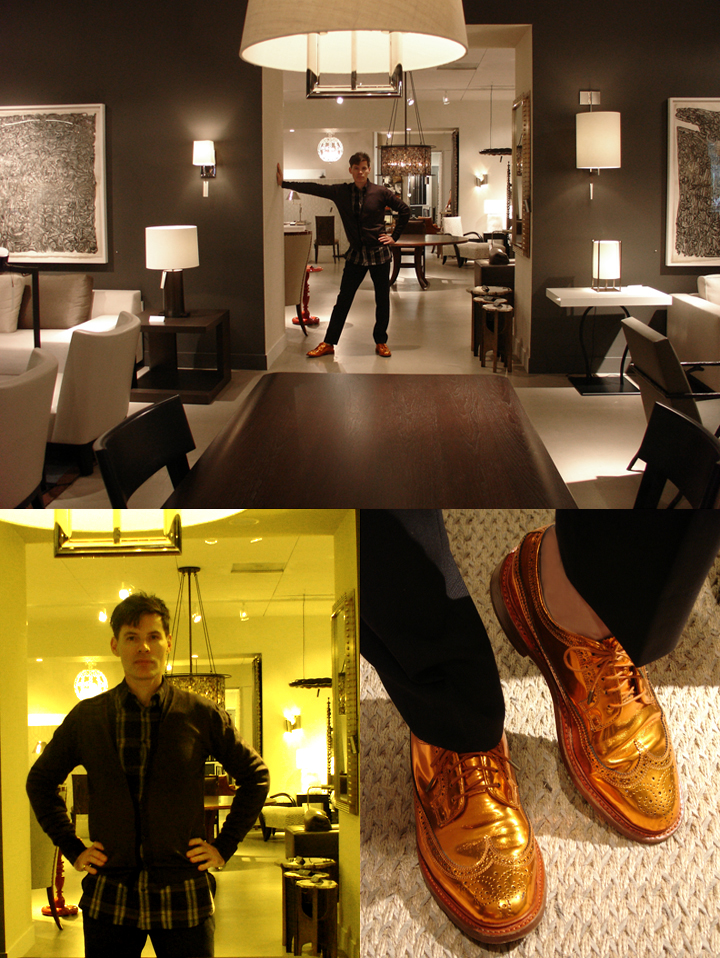 PURVEYOR OF STYLE: THOMAS LAVIN -- He's a very modern man, that Thomas Lavin.  And it's not because he enjoys the music of Gustav Mahler and Nina Hagen in the same sitting.  Nor because he's an avid reader, a world traveler, a supporter of philanthropic charities or that he wears copper leather Duckie Brown wingtip shoes (fabulous!).  What makes Lavin modern is that he has "the eye."  Anyone can travel the world and read a book -- but not everyone has a trained eye like that of Lavin's who can assemble some of the most interesting and forward-thinking furnishings, textiles, rugs, lighting, accessories and art and present them in an 11,000-square-foot showroom in the Pacific Design Center in West Hollywood and make it all come together with such ease and authority.  Among the offerings at Lavin's showroom are curated pieces from such top-drawer resources as Christian Liaigre, Juin Ho, Philip Nimmo, David Bonk and Madeline Stuart, not to mention Lavin's own Lavinder brand which he founded with showroom vice president Ramona Drost.  Since his foray into the design showroom business in 2000, Lavin's thoughtfully-laid-out spaces have been a top attraction and no visit to the Pacific Design Center is complete without a stop at his third-floor aerie to check out what has caught his eye lately.  When Studio of Style came by to snap these pics, Lavin had just returned from a European jaunt and was already discussing an upcoming trip to Paris in January, among other things.  What will he find on his next venture out there into the world of style?  You'll just have to pay a visit to Lavin's showroom to find out!
http://www.thomaslavin.com
Photos by Greg Firlotte
Posted by studio of style at 6:31 AM