The Magic of Malachite and Gold: Kimberly McDonald for Circa Wallcovering! 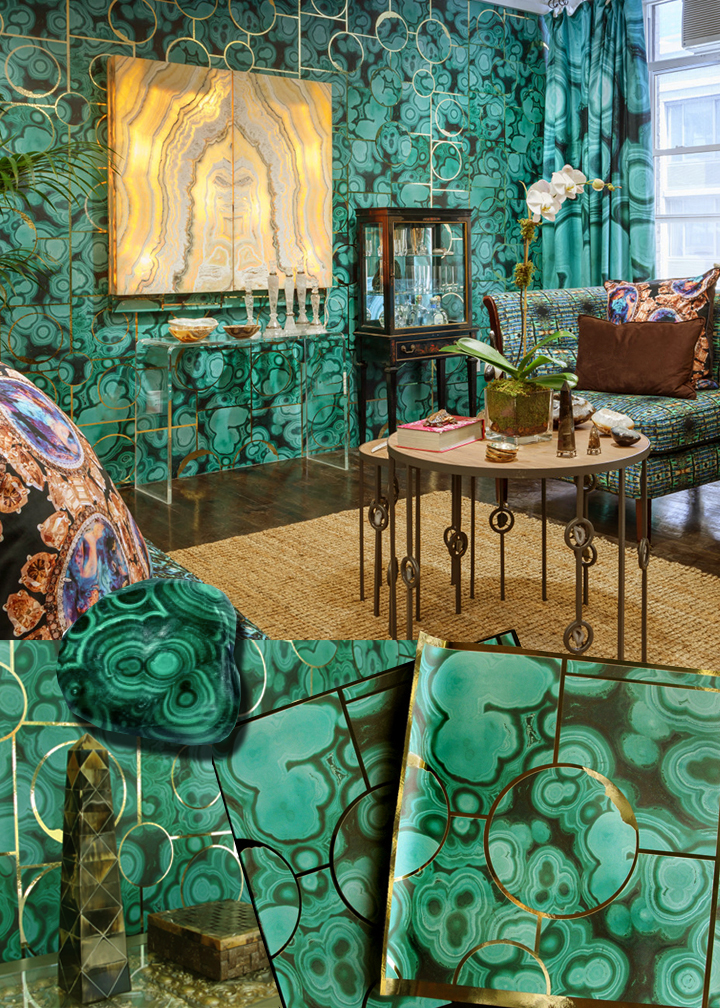 THE MAGIC OF MALACHITE AND GOLD: KIMBERLY McDONALD FOR CIRCA WALLCOVERING! -- We just love, love, love malachite everything! And when acclaimed jewelry designer Kimberly McDonald teamed up with West Hollywood-based Circa Wallcovering, a sort of magic happened in that the magnificent natural stones so beloved and celebrated by McDonald in her amazing jewelry were transformed into wallcoverings. But not just any wallcoverings, mind you. We're talking about true luxe wallcoverings printed on heavyweight shiny Mylar...and they are made in Los Angeles using a zero-VOC UV process with non-toxic inks. And the most important thing to keep in mind is that McDonald's "Glam Rock Malachite" design shown here is the only luxe malachite and gold wallcovering in the entire marketplace. How cool is that? So, why not surround yourself in the beauty of this most fascinating gemstone? And you get the eternal beauty of gold along with it, too! Oh...did you know that this wallcovering is printed at a generous 49 inches wide -- which means that you get almost twice the amount per yard than standard width wallcoverings? And while you're at the Circa Wallcovering site, be sure to check out McDonald's other gemstone-inspired designs. There's truly something for every gem lover. 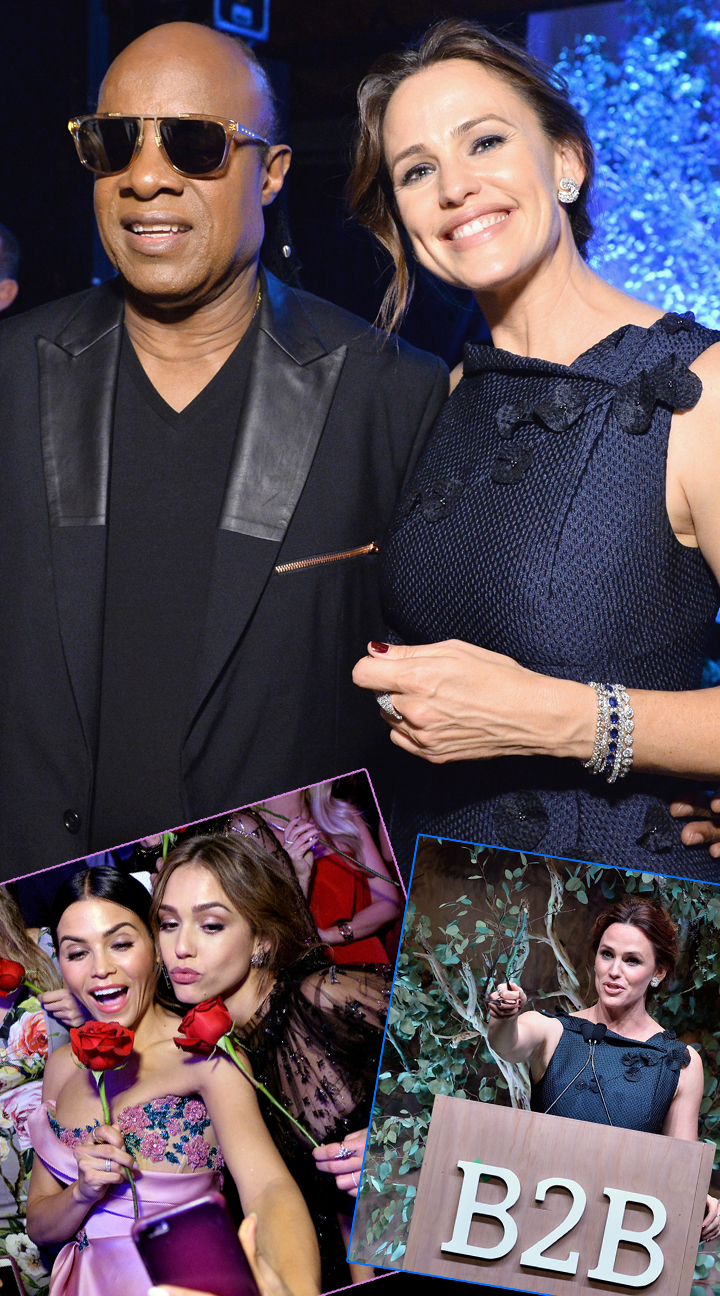 OH WHAT A NIGHT! JENNIFER GARNER HONORED AT FIFTH ANNUAL BABY2BABY GALA -- Yes, indeed! This was an absolutely star-studded event held November 12, 2016 in Culver City, California where just about everyone turned out for the fifth annual Baby2Baby Gala which honored superstar actress Jennifer Garner with "The Giving Tree Award" for her commitment to low-income children. And not only that, but the amazing Boyz II Men performed as well! In a powerful acceptance speech (which resulted in a standing ovation!) Jennifer Garner explained, “But truly, imagine not having the option of making your child comfortable – imagine living in a life of poverty that seems to have no way out. You don’t have to imagine it – follow Baby2baby’s case workers back to where they are making donations, to any of the number of shelters, to Save the Children’s programs in Central Valley, California. Once you see the way our neighbors are living, you can’t unsee it, I can promise you that.” Wow! Thank you, Jennifer! Boyz II Men performed -- bringing down the house, of course! But it was really all about the Baby2Baby cause of supporting low-income children with distribution of millions of diapers, clothing, cribs and so many more necessities that brought everyone together that night. Among those, from top: the legend himself Stevie Wonder with Garner; and actresses Jenna Dewan Tatum and Jessica Alba having fun with roses distributed by Boyz II Men.

Photos by Stefanie Keenan/Getty Images for Baby2Baby
More about Baby2Baby: http://baby2baby.org/
Posted by studio of style at 12:54 PM

In Her Own Words: Amazing Hollywood Memories with Tippi Hedren's New Book 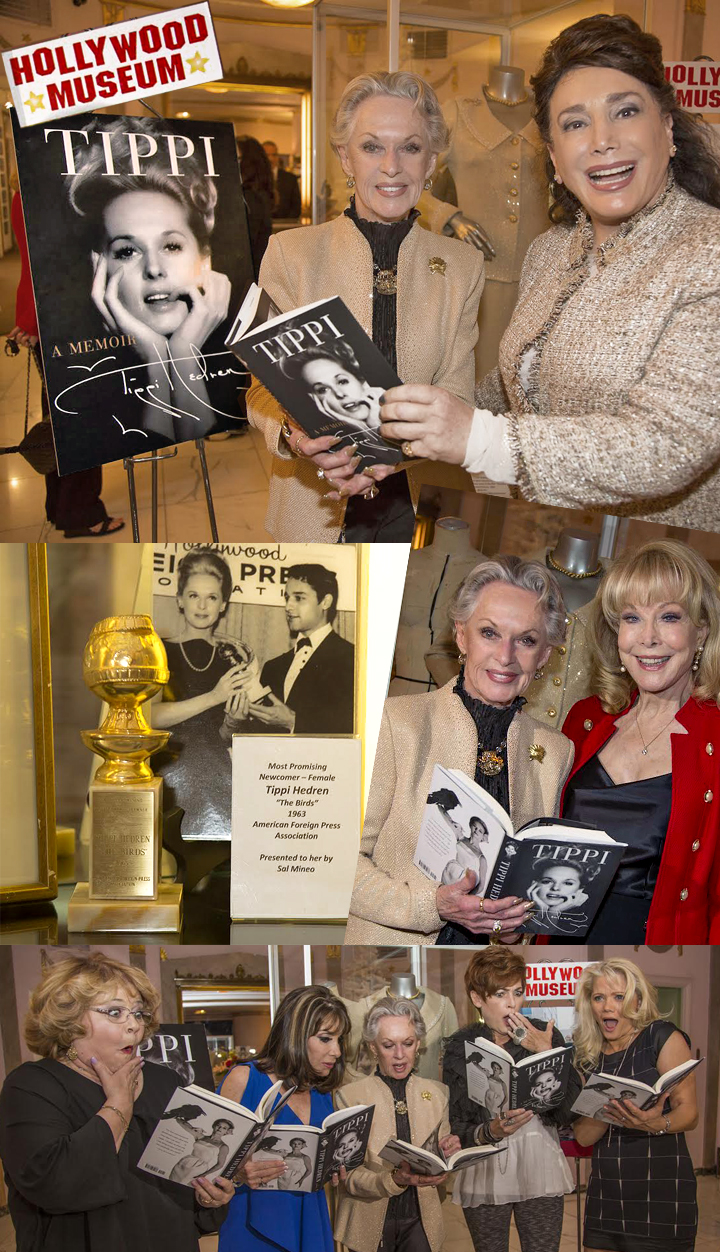 IN HER OWN WORDS: AMAZING HOLLYWOOD MEMORIES WITH TIPPI HEDREN'S NEW BOOK -- Now you can read all about it! And it's directly from the beautiful source: legendary actress Tipi Hedren. At the November 13, 2016 exclusive gathering at the famed Hollywood Museum (in the equally-famed Max Factor building in Hollywood), Ms. Hedren greeted an array of friends and celebrities who came to share in the celebration of the book "TIPPI". And what a celebration it was! Just some of the well-wishers included, from top: Donelle Dadigan, President and Founder of the Hollywood Museum; the always-beautiful Barbara Eden; and in bottom photo from left to right, daytime TV divas Patrika Darbo (The Bay), Kate Linder (The Young and The Restless), Hedren, Carolyn Hennesy (General Hospital), and Jacee Jule (Days of Our Lives). Did you know that Ms. Hedren has more than 85 silver screen credits? Or that she once dreamed of becoming a figure skater? Or that she became the Godmother of the modern Vietnamese nail industry? And, of course, that she created the ROAR Foundation and the Shambala Preserve which is now her passion? As far as the Hollywood Museum, did you know that you can see 10,000 authentic (!) show business treasures spanning more than 100 years of Hollywood history? Yes -- it's all wonderful and fabulous in Hollywood -- which is why Studio of Style has always said "Hooray for Hollywood!". And so should you, our stylish and savvy reader!!

Photos by Bill Dow
More about Hollywood Museum: http://thehollywoodmuseum.com/
More about Tippi Hedren and Shambala: http://www.shambala.org/
Photo collage by Greg Firlotte
Posted by studio of style at 11:01 AM