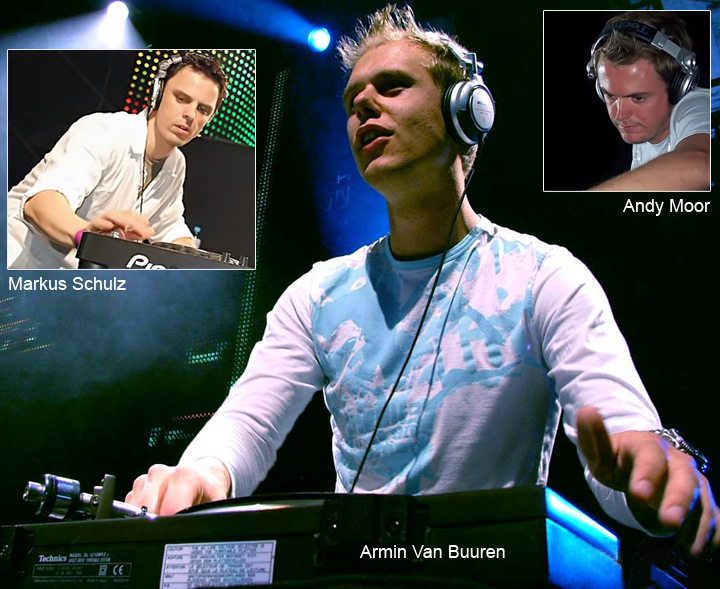 CULTURE WATCH: Cruising along at an average of about 132 beats per minute (BPM), trance electronic music has taken the airwaves and dance clubs by storm across the globe -- making it the post popular and accessible form of dance music today.  Leading the DJ pack are the superstars of trance: Dutchman Armin van Buuren; German Markus Schulz; and Brit Andy Moor -- all goodlooking chaps who crank up the beat and spin some incredible and melodic tunes during their international sets both on internet radio stations ("Electric Area" on SiriusXM for example) and during live appearances.  Though the genre called trance has its beginnings in the early 1990s (with numerous attributions of who did what when), one cannot overlook the real origins of all electronic music with a driving beat: Kraftwerk, that German wunderband that turned the dance clubs on their ears with such classics as "Autobahn," "Trans-Europe Express" and their milestone LP "Computer World."  We owe so much to them (and we at Studio of Style have gone to many a Kraftwerk concert over the years!).  Now this new generation of lads is keeping the electronic beat alive -- and, in fact, I listen to Van Buuren's, Schulz' and Moor's music (along with some good doses of Mahler, Gershwin, Philip Glass and Rolling Stones) while I compile Studio of Style every week -- it keeps the blood pumping and the creative juices flowing!
http://www.arminvanbuuren.com/
http://www.markusschulz.com
http://www.andymoor.com/
http://www.kraftwerk.com/