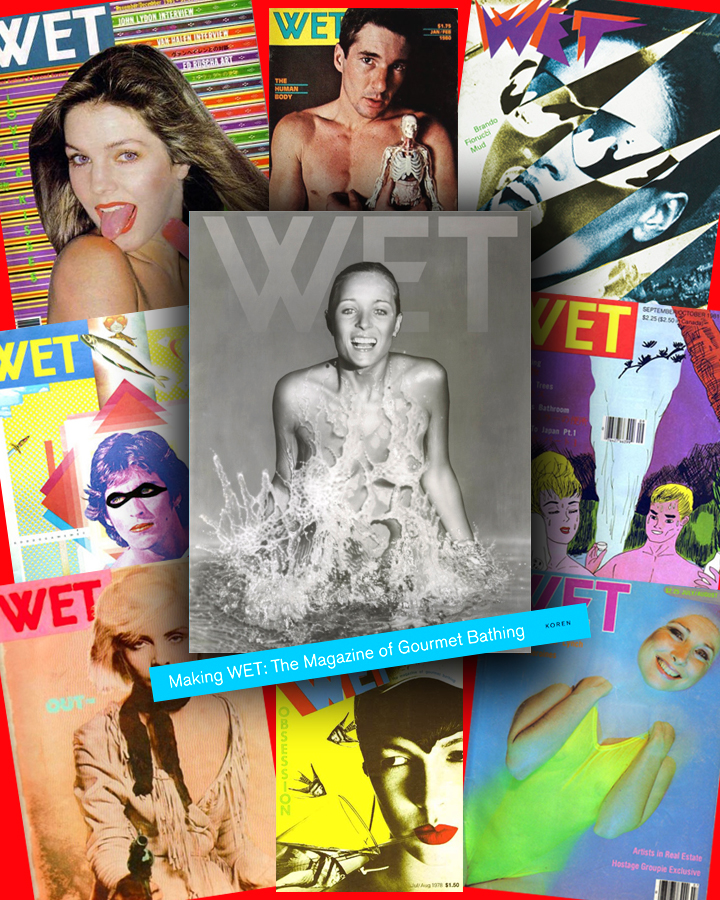 GETTING WET IN L.A....AGAIN: LEONARD KOREN AT LA LUZ DE JESUS GALLERY -- L.A. has always been the epicenter of the creative arts ever since the first movie cameras began to roll in 1910 for D. W. Griffith's In Old California -- and that creativity has spilled over into every arena possible since then.  So it was no wonder that Leonard Koren was anxious to find his own niche in the world of the arts while growing up in Los Angeles during those colorful, mind-expanding 1960s when anything and everything was possible, not just in film (Easy Rider; The Trip) but architecture (Frank Gehry), music (The Doors, The Byrds), literature (Ray Bradbury; Charles Bukowski), fashion (Rudi Gernreich) and art (Ed Ruscha; David Hockney).  As a teenager, Koren designed and built a full-scale Japanese tea house out of scavenged materials, such was his desire to create at a young age.  Later he pursued experiments in photographic processes at UCLA and quit school in 1969 to co-found The Los Angeles Arts Squad (we love that name) -- a mural-painting group that executed large outdoor works, including a 500-square-meter "Beverly Hills Siddhartha" that was a year in the making. Now comes the real fun part: from 1972 to 1976, Koren created "bath events," plus unusual bathing environments and works on paper related to bathing, such as the fold-out book "17 Beautiful Men Taking A Shower" which was followed by (not surprisingly) the screen print "23 Beautiful Women Taking A Bath" -- which is how we get to WET: The Magazine of Gourmet Bathing which made its debut in 1976 out of Venice, California (that wonderful haven of fabulous artists of all genres).  "I was making bath art," says Koren in the preface of his soon-to-be-released Imperfect Press book: Making WET: The Magazine of Gourmet Bathing. "This involved getting people to take off all their clothes and then bathe, according to my detailed instructions—in either water, mud, hot air, or steam—while I took photographs. Afterward I assembled the images into more complex visual artifacts, usually lithographic and silkscreen prints. I sold these in galleries and through word of mouth." The story of the making of WET magazine is the subject of Koren's new book (he's already authored 14 books) where one is taken behind the scenes of one of the premier avant garde publications of the 1970s whose contributors included such promising young talents as Matt Groening and Matthew Rolston to name but a few who found creative outlets within the magazine's colorful pages.  The pictures and words in WET had a quirky, prescient editorial sensibility about them which helped catalyze new graphic styles that would later be known as New Wave and Postmodern -- such was the influence of WET. So what better place to have Koren's book release party than at the influential L.A. landmark La Luz de Jesus Gallery founded in 1986 by Billy Shire who has brought underground art and counter-culture events to the masses of L.A. -- enough so that one California art magazine dubbed him "the Peggy Guggenheim of Lowbrow."  Though WET ceased publication in 1981, the artistic legacy it left behind on the L.A. art scene is almost immeasurable -- considering the many talents that graced its pages and covers in its short, but impactful five years.  So stop by La Luz de Jesus on Hollywood Boulevard on Wednesday, March 28 from 6:00 to 9:00 PM to meet Koren and to soak up some local art culture....and get WET along with the rest of L.A.'s art scenesters, okay?
http://www.laluzdejesus.com/shows/2012/Events/2012event-index.html
http://www.amazon.com/Making-WET-Magazine-Gourmet-Bathing/dp/098148462X
http://www.leonardkoren.com/
Book image courtesy Leonard Koren / special thanks to Peter Shire
Posted by studio of style at 10:21 PM