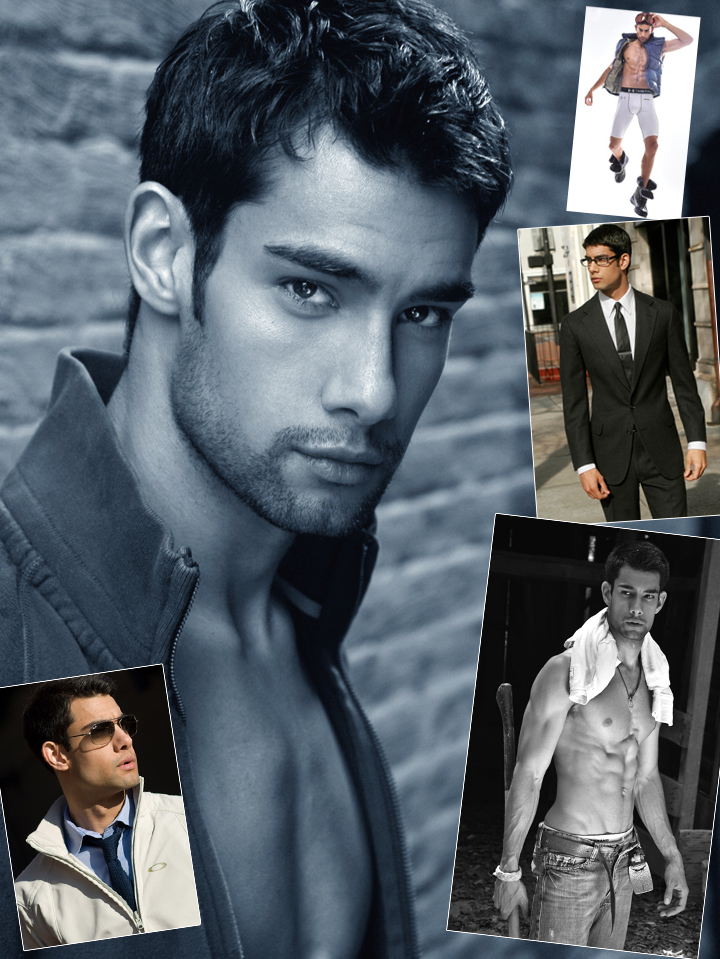 FRESH FACES: JOSEPH ALMANI HITS HOLLYWOOD -- When Studio of Style met Joseph Almani for the first time last week, we were amazed -- and it wasn't necessarily over his exceptional good looks, but for something else (so you'll have to keep reading, kids, to find out!).  You see, Almani had just signed with the hot, hot modeling agency Nous Model Management in L.A. (with David Todd heading the men's division) and he was sitting in the chair of hair stylist extraordinaire Robert DiCecco at Blades West Hollywood (DiCecco has transformed many a Nous male model -- so if you want that hot model look, you gotta go to Robert!). The ink had barely dried on Almani's Nous contract and DiCecco was getting Almani ready for upcoming test shots -- so Studio of Style had some time to talk with him and what we learned about this young man inspired us to bring him to you (our stylish and always-in-the-know reader!). More than just a handsome face, Almani is an accomplished stuntman, a pilot, plays golf, tennis, basketball and baseball, loves rock climbing, archery, gymnastics (whew! we're not done yet!) -- has medical training credentials, practices martial arts and physical comedy -- is a marksman and knows his way around indoor and outdoor construction -- and that's still not why we were amazed with Almani. You see, in talking with him, we found an honest and gentle spirit that came to the fore -- and that is something that never fails to gain our respect in this town, for sure. "Modeling is a high-pressure environment," says Almani, "but in the end you are the one in control, no one can take your choice from you. I had always thought of pressure as an external force, but it actually comes from within."  Wise words from this young, but worldly man. Over the past seven years, Almani has spent his time "collecting" various skills (mastering ethnic accents and fight choreography, for example) and knowledge to prepare him for maneuvering the world of modeling and acting (he's already appeared in numerous commercial and industrial films -- and looks forward to working in action films). Earlier in his career, he had turned down an opportunity to model for one of the top East Coast agencies (because of the goals he had set for himself at the time, he decided not to pursue it -- something that we also admire in anyone: the ability to recognize what is or isn't right for you) -- and now he is invigorated about being in L.A. and is ready to take on the world with his vast arrays of talents and, of course, his dashing good looks (how could we forget that??).  "What makes me happy is seeing others happy," Almani admits to Studio of Style, "and if I had something to do with that happiness, that is even better." Happiness -- to Studio of Style -- is watching Almani achieving his professional and personal goals -- on the printed page, on the screen and on the road of Life!
http://www.nousmodels.com/
Blades Salon (310) 659-6693
Photos by Dominic Grey, Eddie Mills and Ron Reagan / courtesy of Joseph Almani