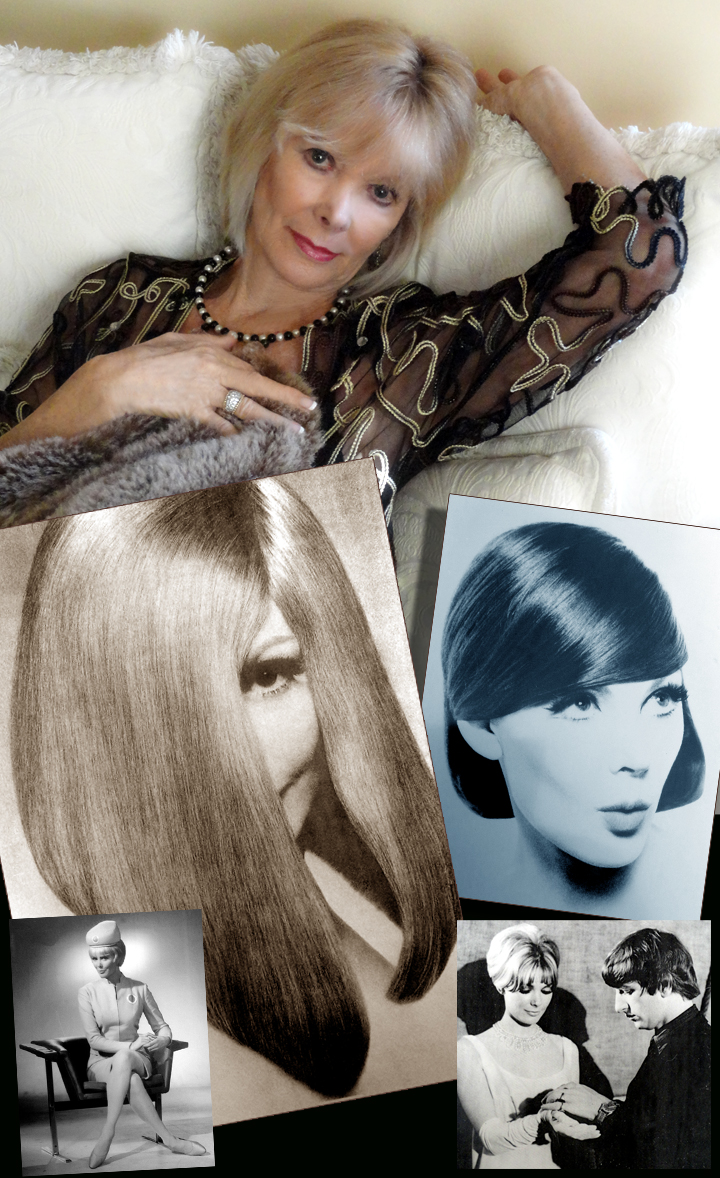 MAGGIE LONDON ON VIDAL SASSOON: "A TRUE GENIUS" -- When Studio of Style heard about the passing of the master hairdresser of all time, Vidal Sassoon, we immediately contacted our dear, dear friend -- model Maggie London (above, photographed recently in Los Angeles).  "They don't make men like him anymore," Ms. London said -- and she should know. It was the Swinging Sixties in London town, and the time was ripe for all things bright, fresh and young -- and there was Vidal Sassoon in the midst of the youthquake with his revolutionary take on hair styling -- and along came bright, bubbly model Maggie London who (along with fellow model and friend Grace Coddington) became Sassoon's go-to girl for his truly original geometric cuts! "He was so meticulous," recalls Ms. London, "and I would sit for hours as he created those bobs on me.  It was an amazing time and I had never met such a kind, kind man.  He was a friend to all -- and he was always there for everyone too.  That's what I remember the most about Vidal."  As you can see by the two vintage photos of Ms. London above sporting bold hairdos, Sassoon had an ideal mannequin for his vision -- and long after the Sixties had faded, the two remained close friends right to the very end.  Studio of Style remembers many a conversation with Ms. London that started with "I just had lunch with Vidal today...." or "I just came back from Vidal's house...." -- such was their impenetrable friendship that surpassed trends, fashions and all of life's comings and goings in-between.  Many people recognize Ms. London from the landmark film of all time 2001: A Space Odyssey (see photo at bottom left)  from master filmmaker Stanley Kubrick -- or remember her from dancing the night away with Ringo Starr (photo at bottom right) in that other landmark music flick A Hard Day's Night from 1964.  Did you know that Ms. London is the mother of actress Olivia D'Abo (yes!) and Ben D'Abo from her marriage to Mike D'Abo -- leader singer for the British band Manfred Mann?  So not only does Ms. London have Sassoon adventures, but also stories about Kubrick, The Beatles and other show business names from the '60s, '70s and '80s!  Today's conversation with Ms. London was tinged with sadness at the passing of a true friend -- and also filled with fun, wonderful memories of a life well-lived and touching on so many moments throughout Pop culture history.
http://en.wikipedia.org/wiki/Vidal_Sassoon
Photo of Maggie London (at top) by Greg Firlotte / other photos courtesy Maggie London
Posted by studio of style at 7:11 PM