Your Ticket to Hollywood: Part III 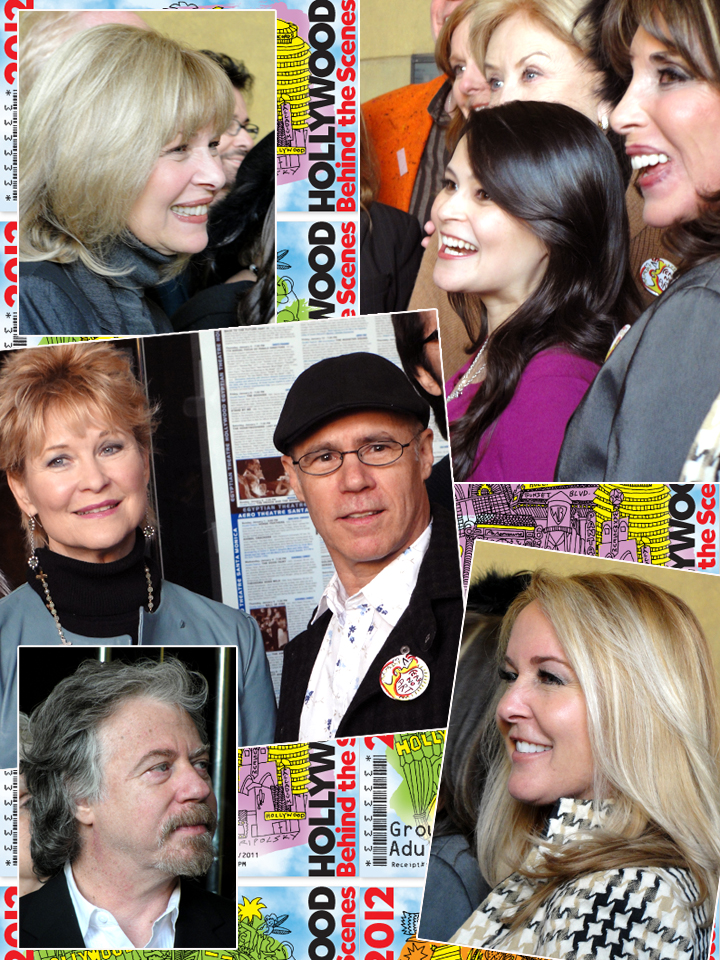 YOUR TICKET TO HOLLYWOOD: PART III --At the Red Line Tours Hollywood Behind the Scenes gala launch event for artist Andre Miripolsky's new series of collectible souvenir tickets (clockwise from top left): actress, singer, writer Ilene Graff who played "Marsha Owens" in the 1980s television show Mr. Belvedere; actress Romi Dames who played "Tracy van Horn" on the hit television series Hannah Montana; next to her is The Young and the Restless soap star actress Kate Linder who plays Esther Valentine -- since 1982!!; center photo -- actress Dee Wallace from The Office, Law & Order, My Name is Earl, Ally McBeal and the movie E.T. - The Extra-Terrestrial; standing next to her is actor and author Barry Livingston who played the lovable (and our favorite son!) "Ernie" on the hit 1960s TV show My Three Sons; in the photo below is his real-life brother Stanley Livingston who played "Chip" on My Three Sons; and in the lower right photo is the absolutely lovely Erin Murphy who forever will be our little "Tabitha" on the classic TV show Bewitched.  What a fabulous gathering it was and we at Studio of Style are forever thankful to Andre Miripolsky and Red Line Tours!!!
http://www.katelinder.com/
http://www.starwebsites.com/erinmurphy/
http://www.redlinetours.com/
http://www.ilenegraff.com/
Romi Dames:  http://www.imdb.com/name/nm1689615/
Dee Wallace:  http://iamdeewallace.com/
http://stanleylivingston.com/
Barry Livingston:  http://www.theimportanceofbeingernie.com/
All photos by Greg Firlotte
Posted by studio of style at 5:16 PM