You're in the Navy Now! Getting Shipshape in the "Billie" Dress 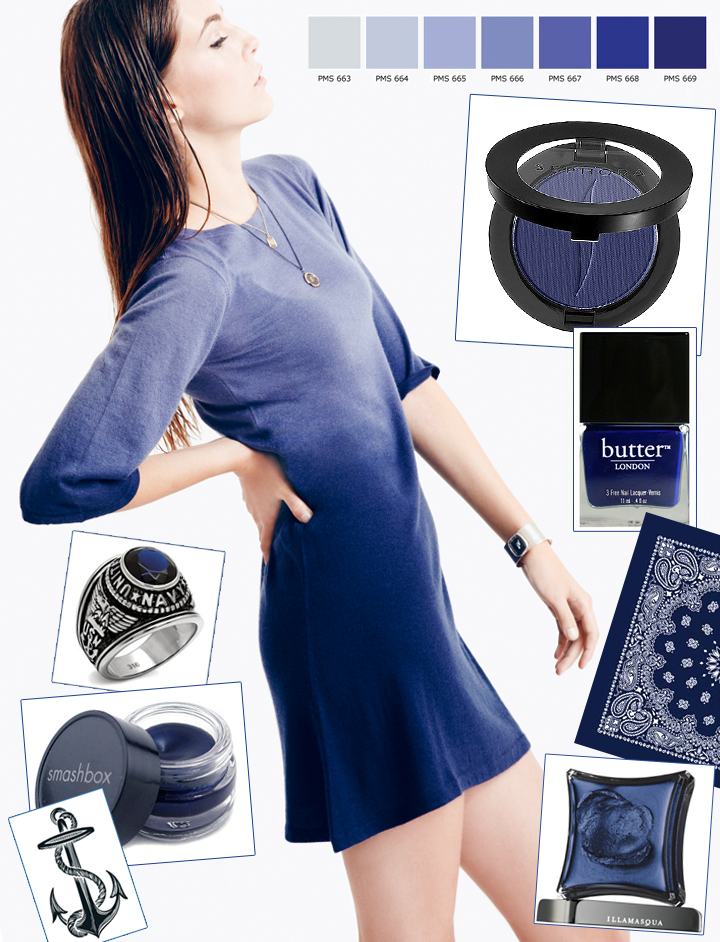 YOU'RE IN THE NAVY NOW! GETTING SHIPSHAPE IN THE "BILLIE" DRESS -- When we saw the new "Billie" dress from Crumpet England, we immediately got the blues -- and not just any blue -- but navy!  Everyone knows that black-colored apparel reigns supreme among urban hipsters and those lovable rock 'n rollers, but those really in the know already know that the deep, luscious navy has historically been around much longer in the world of fashion.  How long, you ask?  Since 1748, this shade of blue has been worn by the British Royal Navy (those equally lovable lads) and it was the inspiration for other navies around the world to make their uniforms the exact same color.  At first, it was called "marine blue" but somehow got changed over to just "navy." By the early 19th century, the color began appearing in civilian clothing and has been a staple for men's blazers, yachting attire, school uniforms and sporting uniforms around the globe (the first use of the term "navy blue" in writing was in 1840!).  And navy has always been a favorite color here at Studio of Style since childhood (yes, we had one too) and thus you can understand our excitement at seeing the all-cashmere (!) Billie dress with its fabulous dip-dye ombre treatment in navy.  In fact, the Billie might be among the most perfect of dresses that we can think of -- look at the cut, the length, the proportion -- so simple, flattering and timeless. So what inspired Crumpet England founder Zara Juricic?  Are you ready? Don't be surprised to learn that it was during a visit to L.A. (we know how L.A. is so influential in every creative arena!) by Juricic that she noticed a lot of dip-dying going on with hair, clothing, painted walls and more.  She then went to Nepal to test some colorways and (lo and behold!) navy blue came out the strongest and thus this ombre Billie dress was added to the company's newest collections.  Says Juricic, "This dress adds a touch of rock chic to a pretty feminine shape."  Right on!  So we at Studio of Style just had to take this dress to the next level with some accessorizing suggestions.  How about using a Pantone color chart to determine what shades of blue -- ranging from slate to navy -- to paint the rooms in your abode to set off your new wardrobe?  Or adding some matte navy Sephora eye shadow, Smashbox Jet Set waterproof eye liner, Butter London Royal Navy nail polish, or Liquid Metal makeup by Illamasqua to apply wherever you'd like (!) -- all of this accentuated with a navy blue bandanda, a U.S. Navy ring or perhaps a classic anchor tattoo.  Why not get the blues and start having fun?
http://www.crumpetengland.com/
Billie dress image courtesy Crumpet England
Posted by studio of style at 3:41 PM