The Queen of the Nile in L.A. -- Cleopatra at the California Science Center 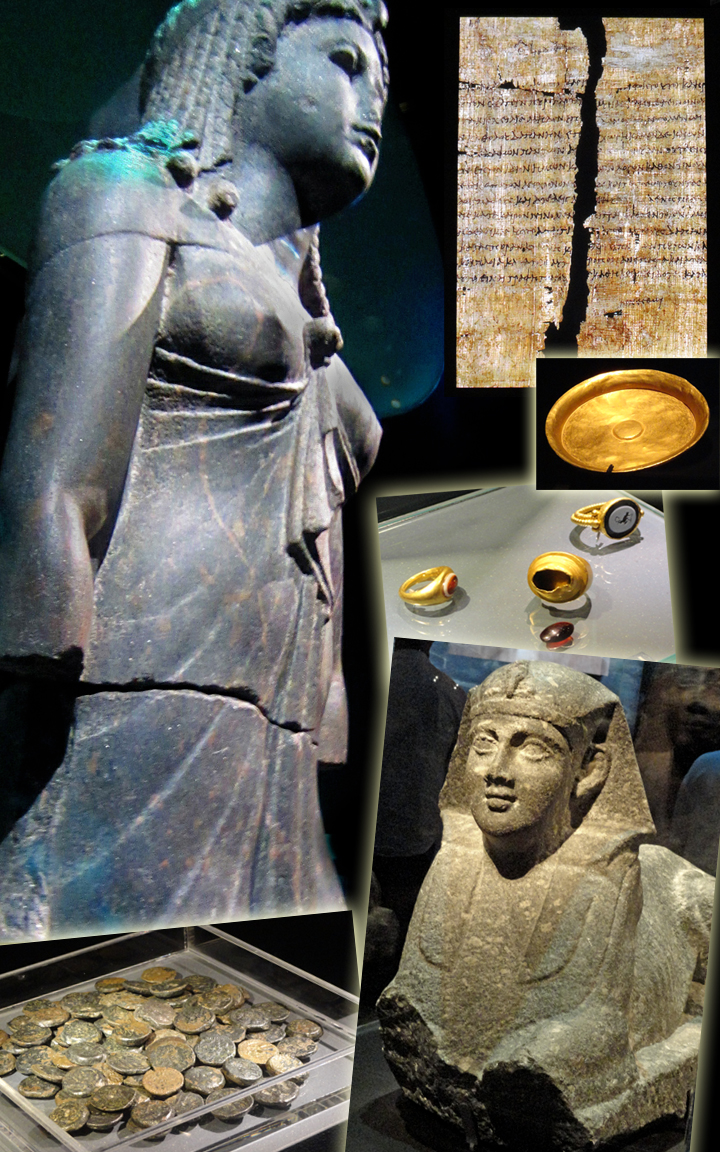 THE QUEEN OF THE NILE IN L.A. -- CLEOPATRA AT THE CALIFORNIA SCIENCE CENTER:  It's hard for us to imagine -- in this celebrity-driven world of ours where wealth and beauty is flaunted 24/7 -- just how powerful, rich, feared and revered the kingdom of Egypt was in ancient times.  For millenia, this arid part of North Africa with the world's longest river flowing through it has provided not only riches in terms of food, gold and a whole host of luxury goods -- but it has provided just as much food for the fertile imagination as well, inspiring generations of explorers and romantics who have sought to peer into Egypt's veiled past in search of treasure and adventure.  Other than the great Ramesses II (the amazing pharaoh of the 19th dynasty) and in more recent times, the young King Tutankhamun with his golden goodies, the only female in Egyptian history -- or ancient times for that matter -- that has lived on in uber-legend is Cleopatra VII (yes, there were six others before her).  Worshipped in her day as the goddess Isis, she embodied almost every trait both good and bad found in a powerful ruler -- but so much about the real Cleopatra in terms of how she lived and what she looked like remained the actual mystery.  Luckily for us, the beautifully and dramatically presented Cleopatra: The Exhibition at the California Science Center in downtown Los Angeles (running till the end of this year) will delight and titillate your mind.  You'll be amazed (as we were) at the objects, statuary, underwater films, coins, jewelry and more that tries to sum up the glory that symbolized the reign of Egypt's last pharaoh (technically though, she shared the throne with her son Ptolemy XV, son of Julius Caesar).  After Cleopatra's death by suicide, Egypt became a province of the Roman Empire, ruled over by Octavian.  The exhibit at the California Science Center is so popular that they had to extend their weekend hours!  We also took in the IMAX-sized film that accompanies the exhibit: Mysteries of Egypt narrated by Omar Sharif.  This may be the only time you'll get to experience what it was like to be a pharaoh and see some of the items that Cleopatra herself saw, touched and experienced during her mind-boggling reign over the ancient world.  In other words, lots of fabulous historic style made for a queen!
http://www.californiasciencecenter.org/Exhibits/SpecialExhibits/Cleopatra/Exhibit/Exhibit.php
Photos by Greg Firlotte
Posted by studio of style at 11:11 AM