The Other L.A.: The Historic Homes of Gerard Colcord 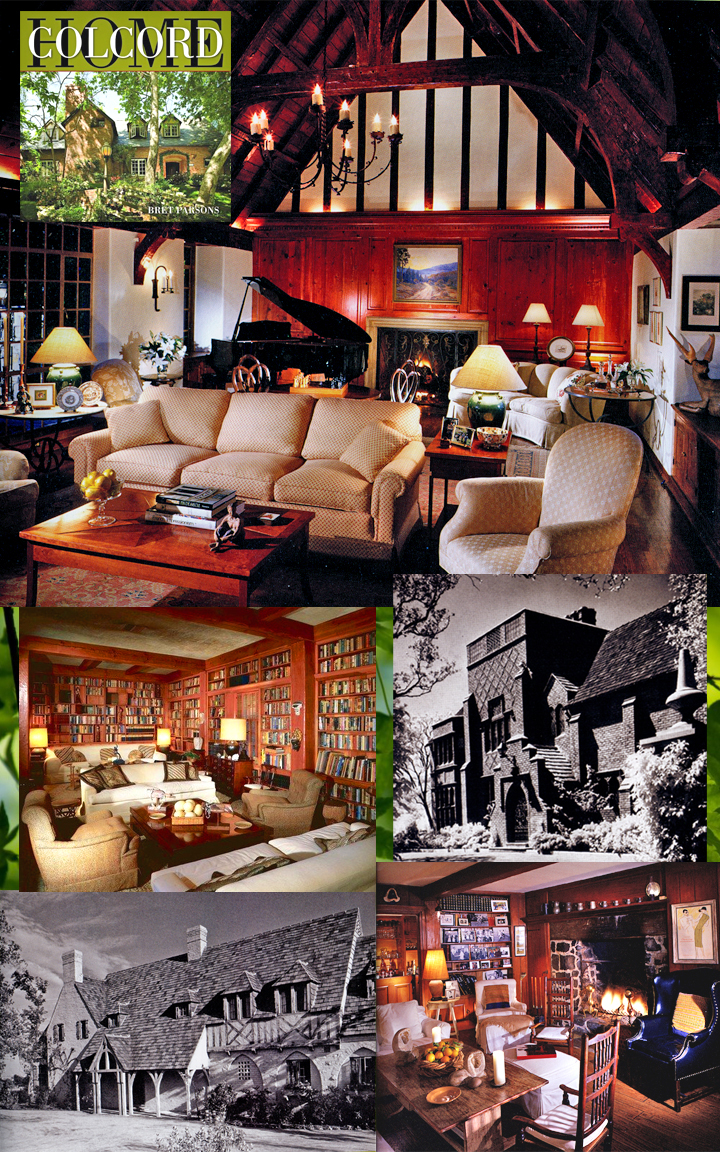 THE OTHER L.A.: THE HISTORIC HOMES OF GERARD COLCORD -- When one thinks of L.A. architecture, of course the mind automatically conjures up visions of Mid-Century Modern, Googie architecture, the Brady Bunch house and so many other 1950s and '60s-inspired structures -- and rightfully so, as the media has consistently brought such imagery repeatedly to the world. But before all of that came about, there were a handful of architects practicing in Los Angeles who created the built residential landscape in the 1920s through through the 1940s leading up the Mid-Century era -- architects such as Paul Williams (see home in the Gary Drake story shown below), Wallace Neff, Richard Neutra and many others with their grand designs of massive Georgian, Mediterranean and modern homes that were definitely designed to impress. Among this mix of early-to-mid 20th century architects was Gerard R. Colcord who -- from 1924 to 1984 -- created a staggering 300+ residential estates all throughout Southern California in styles ranging from Tudor to Country French, Hollywood Regency, Spanish Hacienda and his signature style: the Country Colonial farmhouse. Keep in mind that Mid-Century Modern was still to be realized and that the most popular reigning style of home at that time was based on the English Georgian aesthetic, both inside and out. And in L.A., the wealth created by folks in and around the film industry which was at its peak during those decades meant that a lot of big homes needed to be built for entertaining the Hollywood crowd in a grand manner. What author Bret Parsons did in the form of his book Colcord Home was to bring together the best of Colcord's projects (17 in all for this book) spanning the 1930s to the 1970s, using period architectural plans, photos (both old and new) and insightful quotes from those who've lived in these very homes -- check out the brick-festooned baronial English Tudor (center right photo) that was most recently owned by actor Nicolas Cage. For those interested in period interiors (albeit filtered through a Hollywood eye), this book is a mini-treasure trove of visuals showing furniture, wallcoverings, fabrics, architectural details and more. For those wondering what grand homes of pre-Mid-Century Modern L.A. looked like, then this cozy book (and we mean that in the best possible way) which debuted in 2008 will be a perfect companion to books on other L.A. architects practicing in the same time period. The majority of photos in the Colcord book are in black and white due to the fact that these are images taken at the time the homes were finished, but this lovely fact only adds to the Hollywood cinematic effect (oh, you can see one of the Colcord homes featured in this book in color in the 1998 film Gods and Monsters if you want a sense of its front and back exteriors and pool). We at Studio of Style anxiously await Parsons' next book!
Get the book: http://www.amazon.com/Colcord-Home-Bret-Parsons/dp/1883318882