Getting the Job Done in L.A.: Gary Drake is in the House (Part II) 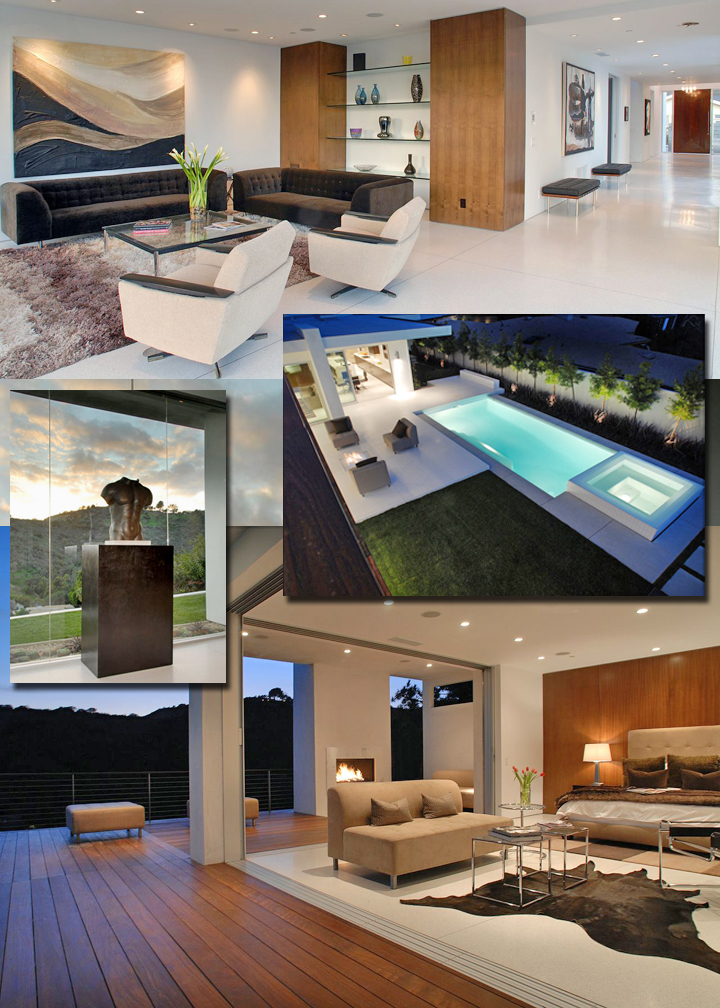 GETTING THE JOB DONE IN L.A.: GARY DRAKE IS IN THE HOUSE -- One thing you can count on in Los Angeles: that something old will always be reinvented into something shiny and new. And that was exactly the fate of a modest ranch house (shown above) built in the 1950s in a picturesque section of town -- Runyon Canyon in the famed Hollywood Hills with its 160 acres of hiking trails complete with hills abundant in sage, scrub oaks, hawks, coyotes and snakes. The house had rather dark interiors, a burdensome steep roof line and mere uninspired glimpses of the dramatic scenery -- which was completely opposite of what the architect had in mind for the owner. The renovation team which included general contractor Gary Drake of Gary Drake Construction set about to give the owner and his guests stunning views at every turn. "We're bringing more of the outdoors in with our projects," says Drake. "The climate here is conducive to the indoor/outdoor lifestyle and entertainment areas are integrated extensions of the living and dining rooms. Complete walls of window doors retract and disappear into soffits -- and now this fifties-era house is modern once again." Everything about this house is streamline, including the furnishings, sitelines and pool area. "Los Angeles has a great architectural legacy, but most people aren't aware of it," notes Drake. "On many restoration and renovation projects, I've been asked to match vintage tiles, or wood moldings or other period design features, rather than remove them altogether because that is what gives a home its character. Sometimes I don't give myself enough credit for the role my firm plays in restoring L.A.'s historic properties -- like the 1926 Holmby Hills mansion originally designed by architect George Washington Smith that I worked on with architect Marc Appleton that was the setting for a fundraiser for President Obama." But that is why Drake truly enjoys his job -- because it provides the perfect opportunity to take an active role in the building and preservation of the L.A. landscape, albeit a role that most people will never know about except, that is, for his children. "I love to drive by a construction site and say to my children 'Daddy did that' which gives me a lot of satisfaction," says Drake. And don't forget the symphony of saws, hammers and drills to accompany all of it!
http://garydrakeconstruction.com
Images courtesy Gary Drake Construction
Architecture: M. Scott Carty / Photography: Michael McCreary
Posted by studio of style at 6:08 PM