The Music of Beethoven: Bizarre, Wild and Ugly? 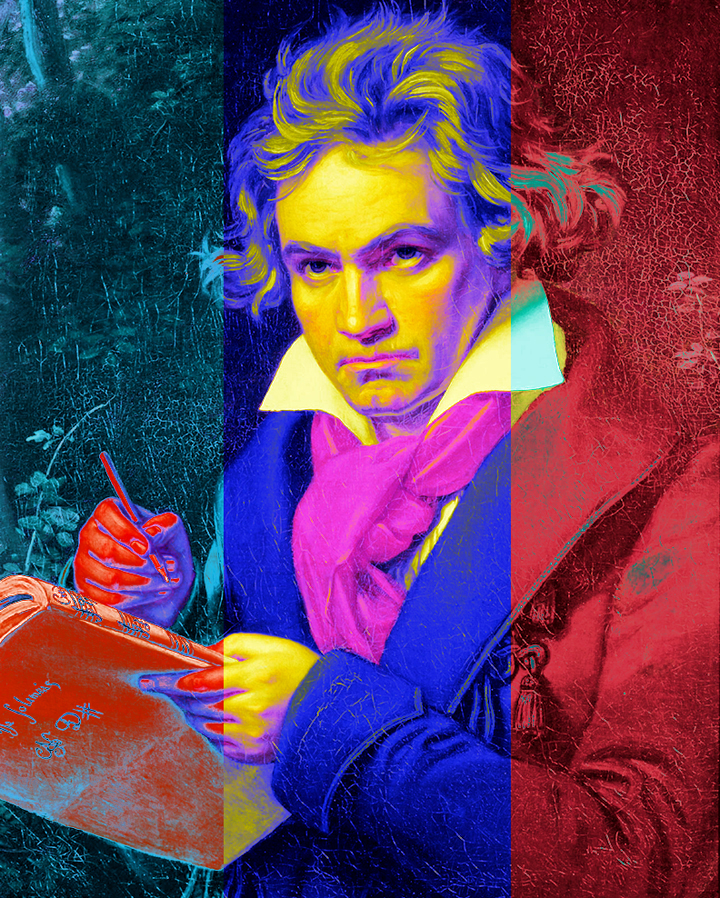 THE MUSIC OF BEETHOVEN: BIZARRE, WILD AND UGLY? -- Yes, kids, it's hard imagine that the most beloved classical composer in today's world once had to suffer the slings and arrows of outraged music critics during his lifetime -- but it's all too true! You have to remember that the folks of the civilized world at the time were completely contented with the lovely harmonics generated by Mozart and Hayden and everything seemed to be right with the musical world -- and then along comes this upstart from Bonn, banging upon the pianos in the prim and proper salons of Vienna -- causing the folks in the crowd to plug their ears, denouncing this youngster with vast improvisational skills as just way too modern! Although Beethoven would have a host of notable and prestigious patrons and teachers along the way, the critics (and we know how they are!) weren't so sure that the new musical messiah had arrived and (as critics do) proceeded to rip him a new one in the press.  In the beginning, around 1795, critics first hailed him as a bright new star -- but within years, some began to turn on him, thinking he had veered "off course" (wherever that was!).  His Opus 12 Violin Sonata evoked cries of horror. His Appassionata Piano Sonata was deemed "incomprehensible, abrupt and dark" (yikes!) and much of it "enormously difficult" (oh really??).  Not even the masterful Eroica Symphony escaped those poison pens -- "Too long. Over-written.  The finale is all too bizarre, wild and ugly," wrote a critic in Leipzig in 1805.  Oh and yes, let's not overlook that lovely critic at The Harmonicom in London, who in 1825 wrote that the Eighth Symphony depended "wholely on its last movement for what little applause it receives" -- and that the rest of the work is "eccentric without being amusing."  And later it would say about the Ninth Symphony, "We found Beethoven's Ninth Symphony to be precisely one hour and five minutes long; a fearful period indeed, which puts the muscles and lungs of the band, and the patience of the audience to a severe trial. The symphony we could not make out; and here, as well as in other parts, the want of intelligible design is too apparent." Well, in the end, it all worked out and Beethoven would go on to conquer the musical world with just the first four notes of his immortal Fifth Symphony -- and this leaves us to wonder just how "wild and ugly" eventually becomes magnificent and amazing when left to the great leveler of all things: Time.  You might as well put on some Beethoven and let the world know just how wild you are!
http://en.wikipedia.org/wiki/Ludwig_van_Beethoven
Portrait of The Master by Josef Karl both defiled and enhanced by Greg Firlotte
Posted by studio of style at 2:05 PM