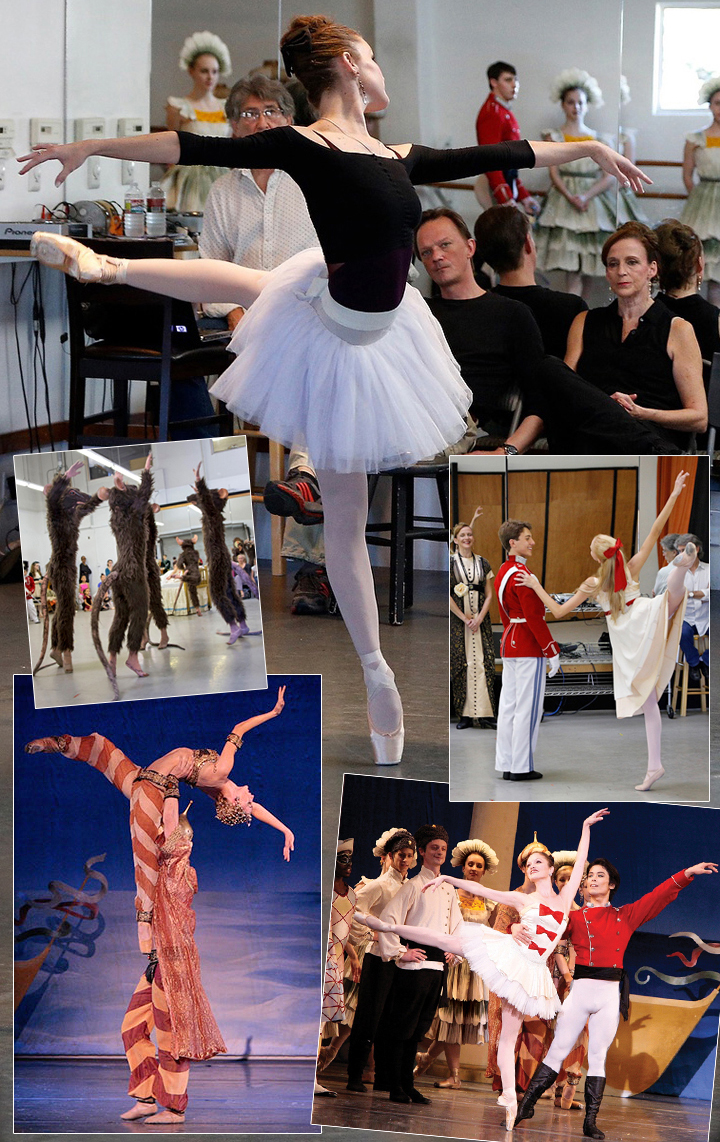 MAKING HOLIDAY NUTCRACKER MAGIC WITH LOS ANGELES BALLET -- It is certainly the most magical of all ballets -- ever! And it is not surprising that six years ago in December of 2006, Los Angeles Ballet made its debut with Tchaikovsky's immortal The Nutcracker and thus established itself as Los Angeles' critically acclaimed dance company. Two years earlier in 2004, Thordal Christensen and Colleen Neary founded LAB as Artistic Directors and since then it has been recognized as world-class and hailed for authentic stagings of the George Balanchine repertory, including both classical ballets and world premieres of cutting-edge new works. With at least 18 productions encompassing more than 35 works (including 13 commissioned works) under its collective belt, LAB performs regularly throughout Los Angeles County at seven venues and has provided thousands of free tickets to underserved and disadvantaged children and their families -- how wonderful is that? And once again, the beloved The Nutcracker ballet is being presented in several L.A. venues -- including Royce Hall at UCLA, December 15 & 16 -- and then at brand new Valley Performing Arts Center in Northridge, December 22 & 23 (what a Christmas present that would be!!) and finally at Redondo Beach Performing Arts Center, December 29 & 30 (a great way to ring out the old year and ring in the new!). At Studio of Style, we love taking a peak behind the scenes -- so here is a look at LAB rehearsals and on-stage performances of The Nutcracker. Principle dancer Allynne Noelle (top photo) rehearses under the watchful eyes of (from left to right) Michael Andreas, musical director; Christenson; and Neary; while in the mirror's reflection we see members of the ensemble in costume. Mice (middle left) rehearse in their furry garb. David Block and Helena Thordal-Christenson (middle right) in the midst of rehearsal. Company dancer Alexander Castillo lifts Julia Cinquemani (bottom left); and principal dancers Noelle and Kenta Shimizu (bottom right) perform one of the ballet's prominent numbers. Did you know that Artistic Director Thordal Christensen himself was once a dancer at the famed Royal Danish Ballet, the New York City Ballet and then at Pacific Northwest Ballet and has danced the role of the Prince in The Nutcracker among so many other leading roles? And that Colleen Neary was one of George Balanchine's quintessential ballerinas -- and that she has worked with ballet luminaries Rudolf Nureyev (!) and Maurice Béjart (!!) and has performed as Clara in The Nutcracker as well?? With so much ballet excellence found in the staff and dancers of Los Angeles Ballet, there is so much to experience -- not only in the LAB The Nutcracker performances around Los Angeles, but also in their upcoming two-part 2013 Balanchine Festival starting in March. So, don't let time slip away like Clara's Christmas Eve dream....go see Los Angeles Ballet and capture some of the holiday magic for yourself!!