How Many Shades of Gray are You? Farrow and Ball Paint has You Covered! 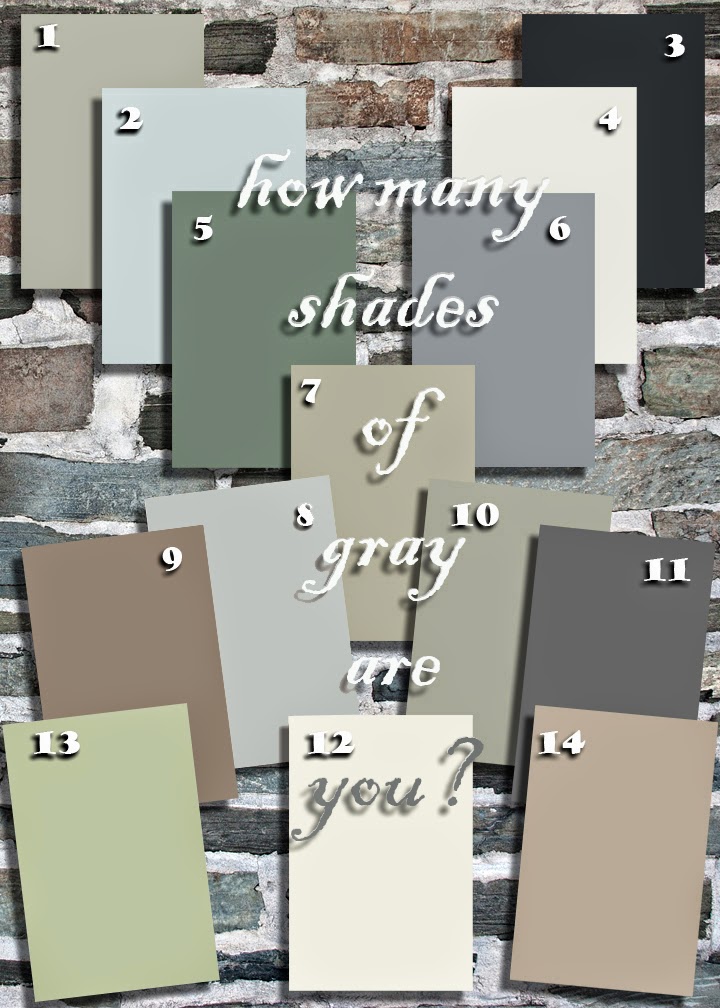 HOW MANY SHADES OF GRAY ARE YOU? FARROW AND BALL PAINT HAS YOU COVERED! -- At Studio of Style, there is never a gray area when it comes to wall paint -- especially when there are so many shades of gray to choose from at Farrow and Ball out of Wimborne, Dorset in Southwest England. And just when you thought you knew gray -- well, guess what....gray isn't just gray anymore! In fact, at Farrow and Ball the range of grays they offer go from off-whites and through the colors of blue, green and taupey-browns before ending up in a rich area of charcoal. This variety of the gray spectrum is what legions of fans from around the globe have come to expect from this company that was founded in the 1930s with a goal of "creating unmatched paint colours using only the finest ingredients and age-old methods which have withstood the test of time and the passage of many a fickle fad" as they so rightly proclaim on their website. So let's take a look at the palette shown above -- and you can tell us how many of these fit your color profile, okay? 1) Lamp Room Gray No. 88 -- a match to the original white which had dirtied down due to the trimming of lamp wicks -- one of our favorites!  2) Parma Gray No. 27 -- from the 1830s and 1840s.  3) Off-Black No. 57.  4) Great White No. 2006.  5) Castle Gray No. 92 -- a good period green for exterior use.  6)  Plummett No. 272 -- often used in Gothic architecture.  7) French Gray No. 18 -- much used in 19th century wallpapers.  8) Skylight No. 205.  9)Charleston Gray #243 -- used extensively by the Bloomsbury Group.  10) Manor House Gray No. 265 -- a traditional 18th century color.  11) Down Pipe No. 26 -- which imitates lead on exterior ironwork -- love it!  12) Strong White No. 2001.  13) Blue Gray No. 91 -- it appears bluer in well-lit rooms! 14) Light Gray No. 17. And just think of all the complimentary and contrasting colors that you can mix with these grays to make a completely unique statement inyour abode! From stately to ultra contemporary spaces, gray and its many variations becomes a fabulous backdrop to every lifestyle -- so don't think drab....think fab!!!

Go Gray:  http://us.farrow-ball.com/
Photo collage by Greg Firlotte
Posted by studio of style at 8:26 AM