Going Daft for Delft: Blue & White Textiles for Your Home 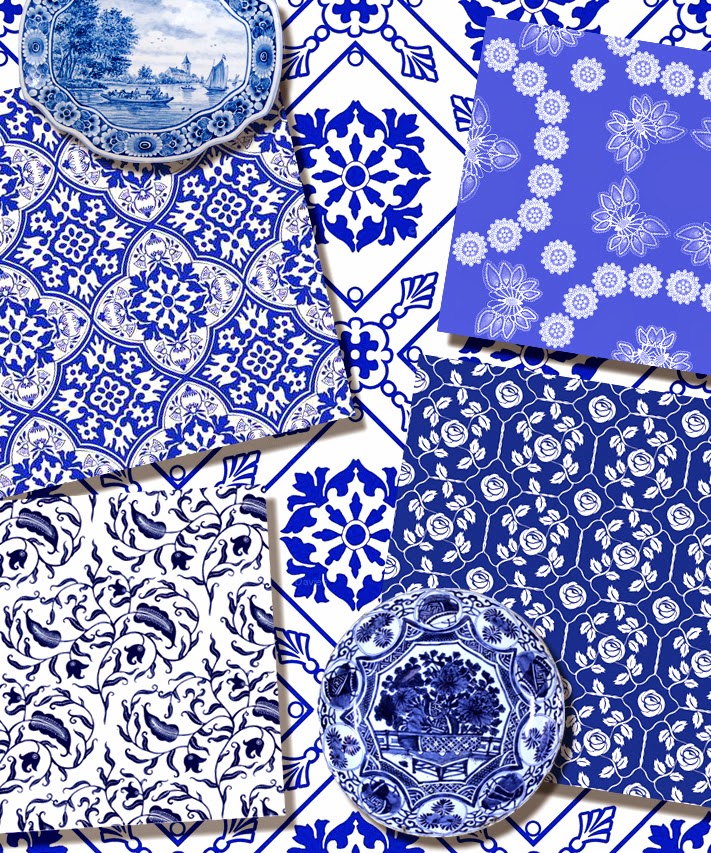 GOING DAFT FOR DELFT: BLUE & WHITE TEXTILES FOR YOUR HOME -- Got the blues?  Good!  Now add some white and you've got the makings for the classic Delft look that is inspired by the wonderful tiles and porcelain so widely associated with the Dutch city.  But you know, kids, that we might not had have such a love and craving for this distinctive color combo if it hadn't been for a high-seas hijacking! Yes, it's true (as so much of history is!) -- in the good ol' days of 1602 and 1604, the Dutch Navy captured two Portuguese carracks (ships in which late Ming Dynasty blue and white porcelain was being transported from China to Europe) -- and all that blue and white porcelain booty (the treasure kind, kids!) went to auction -- sending Europe into a sort of buying and selling frenzy for the stuff (collectors included both English and French kings) and led to the establishment of trade between the Far East and the Dutch East India Company.  The death of the Chinese Wanli Emperor in 1620 caused an interruption of trade and thus (you were wondering when we were getting to this point, huh?) factories in Delft and other parts of The Netherlands began to pick up the slack to create "Delftware" -- that all-encompassing term for tiles, pottery, decorative panels, bowls, and much more.  The ironic part of this story is that Delftware became so popular that it was exported back to China and Japan where it was copied and shipped back to Europe!  Don't you just love history?  Nowadays, kids, you can transform your rooms into blue and white visions of Delft with the fabulous fabrics from Spoonflower shown here!  "Blue and White Picnic" (background) and "My Delft Tile" (top left) are by Poetryqn.  "Delft Doily" (top right) is by Nalo Hopkinson.  "Indonesian Blue" (bottom left) is by Eva the Hun (love it, girl!!). And "Delft Rose White" (bottom right) is by Kristopher K.  Go blue and white!