Carry On and be Fabulous! A+D Museum Celebrates the Future of Carry-on Luggage 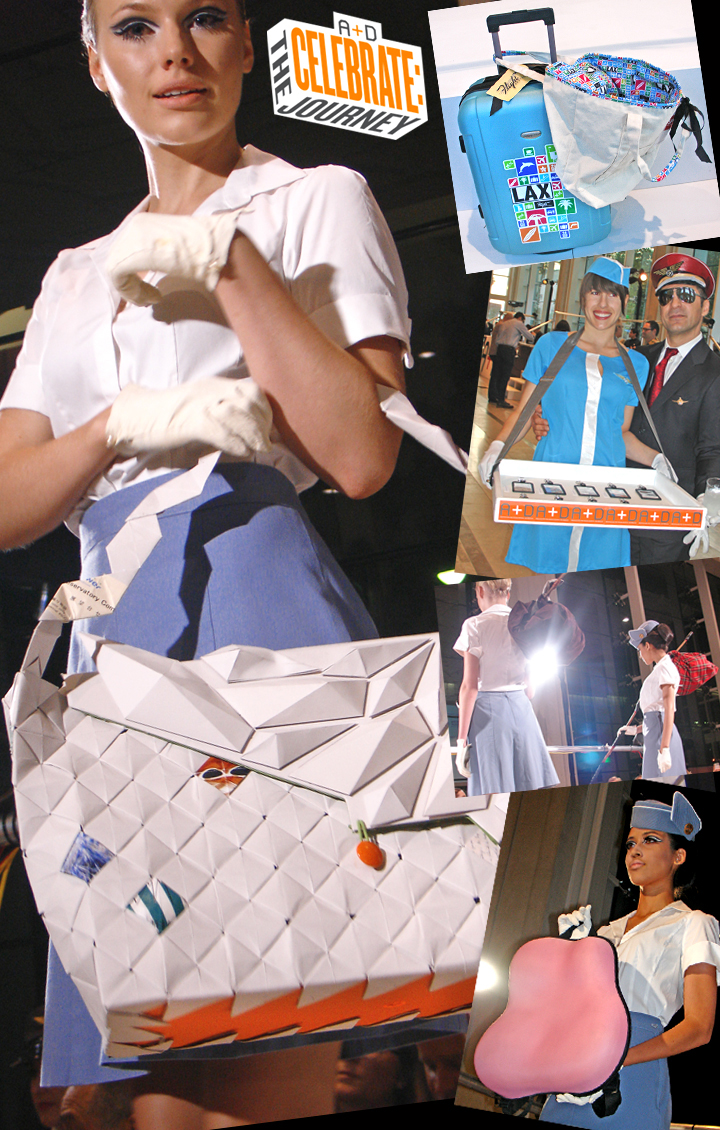 CARRY ON AND BE FABULOUS! A+D MUSEUM CELEBRATES THE FUTURE OF CARRY-ON LUGGAGE -- So, imagine yourself propelled into the future of intergalactic travel...and you don't have a thing to pack your space clothes into! Well, if you were among the hundreds of savvy L.A. insiders who attended the A+D Architecture and Design Museum gala "Celebrate: The Journey" this past Saturday night May 11 on Wilshire Boulevard, then you would have an amazing selection of "luggage" to choose from. The museum (which happens to be the only such national institution dedicated to architecture + design) brought together some of L.A.'s visionary design, architecture, artistic and clever thinkers to create carry-on items -- from suitcases to jetpacks, satchels, strap-ons and very unusual works to represent what future travelers might take with them when jaunting about the universe. And it was an eyeful, for sure! Participants included such luminaries as Kathyrn M. Ireland; Kelly Wearstler; Steven Ehrlich; Craig Hodgetts + Hsinming Fung; David Hertz (747 House); Eric Stultz; Trip Haenisch, Fitzsu; Dan Meis -- and attendees included AIA|LA President Scott Johnson; Deborah Sussman and Paul Prejza; Eames Demetrios; ICM’s Craig Bernstein; HBO’s Cynthia Kanner; industrial designers Carl Magnusson and Emanuela Frattini Magnusson; Catherine and Richard Frinier; Grant Seltzer; designer-developer Billy Lehman; gallerist Timothy Yarger and many, many more. The event was the A+D Museum's annual fundraiser and needless to say, a fabulous time was had by all! So many fun things to see and people to meet at the event: the origami-like tote "The Fold" by Karten : Design (above left) was a crowd-pleaser for sure; a two-piece set "Flight Patterns" (upper right) by Selbert Perkins Design clearly was a colorful ode to travel; a "flight attendant" and a guest in themed outfit (middle right) add all the more fun to the evening; hobo-like bags "Three Bindles" (middle right) by Paola Tassara for Studio Brasa; and the most unusual organic-shaped backpack "Piknik" in flesh pink by Karim Rashid drew its share of oohs and ahhs.
http://aplusd.org/
Photos by Greg Firlotte
Posted by studio of style at 12:26 PM