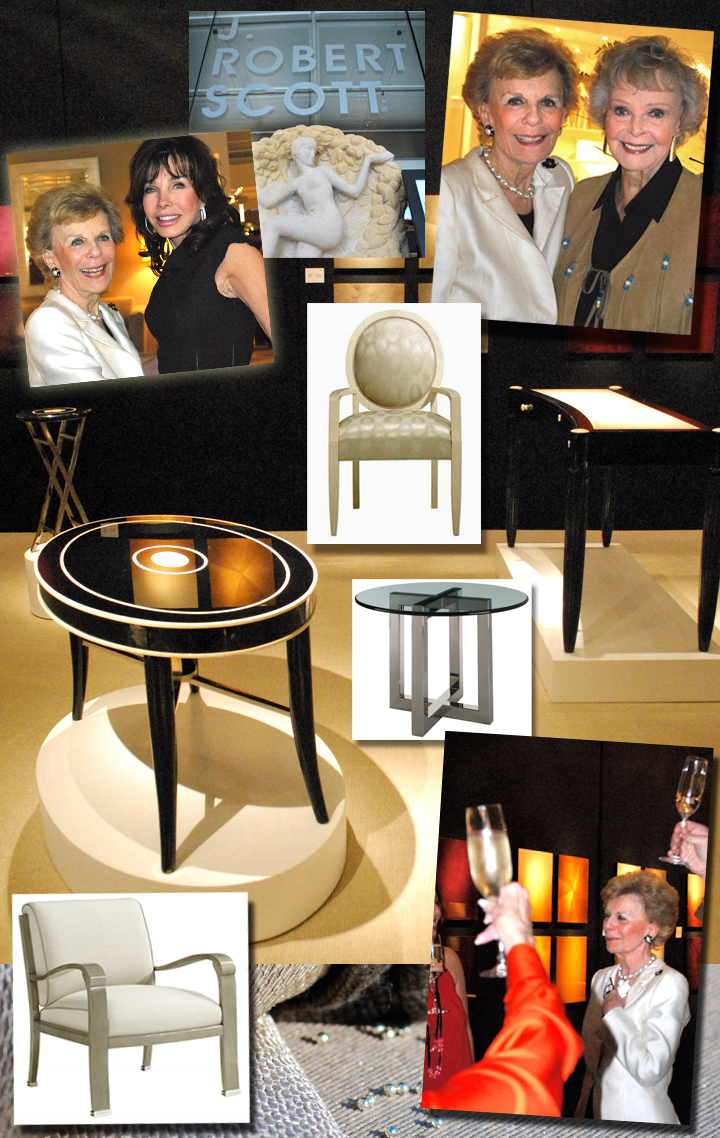 J. ROBERT SCOTT CELEBRATES 40 YEARS OF CLASSIC STYLE!  The champagne glasses were raised high -- very high -- to toast Sally Sirkin Lewis at her Melrose Avenue showroom in West Hollywood, California, in celebration of the 40th anniversary of the company she founded: J. Robert Scott.  Back in 1972, Lewis threw open her doors to a much different design world then -- she was the first woman on Melrose Avenue to have her own furniture showroom and it was filled with furnishings that celebrated clean, pale tones, natural textures and the beauty of wood grain instead of trying to cover it up.  Her lines were spare, modern and also clean of frills -- but that was her vision -- and over these four decades she has stuck to that vision which has earned her a place in the Interior Design Hall of Fame, plus more than 150 U.S. design patents to her credit, as well as having introduced a ground-breaking concept in furniture finishing called Ombré which is based on creating a transparent gradient effect of seamless color from light to dark on wood veneer. Naysayers back in '72 said that a woman selling paired-down light-toned furniture with a handful of natural, woven textiles and some rustic accessories wouldn't last six months in the design trade -- such was the narrow-mindedness of the times! But all the well-wishers from near and far who came to Lewis' Melrose Avenue showroom recently to share in the 40th anniversary celebration proved that vision and determination are so much stronger than any slings and arrows of doubt! At the party, acclaimed designer Donna Livingston (top left) and legendary actress June Lockhart (upper right) joined Lewis who created a gallery-like setting at the showroom to highlight her many trademark designs. Not only furniture, but Lewis is equally known in the design world for her wide offering of silks, silk mohairs, chenilles and fine wools -- as well as her super-soft Superkidskin lamb hide upholstery. At Studio of Style, we're always up for a glass (or two!) of champagne -- so we say Salut! to Ms. Lewis!
http://www.jrobertscott.com/
Images courtesy J. Robert Scott
Posted by studio of style at 10:31 AM